Work on the back of 1.7 (Circular Motion)

Hopefully, we will get outside to do a Circular Motion activity

Hand out 1.8 and go outside for a demo

Pass out 1.8 and start taking about it

WHAT SHOULD HAPPEN THIS WEEK:

Fri (9/23)—  Discuss Divisions in general and Rocketry in particular.

WHAT WILL HAPPEN NEXT WEEK:

Tribe Day (Must have at least three sides done on the take home test by the first of class).

Will add captions later this weekend. 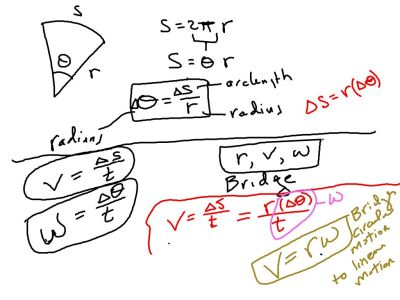 PhyFl16P1SS69 –when you walk at an angle between two dimensions, you each dimension gets a portion of your walk. Here the x axis got most of the portion of the walk because the angle was 30° above the x. Therefore, he is going to spend more time in the x than it does in the y.

PhyFl16P1SS70 — This is the map view that came out of what we did on the west line. 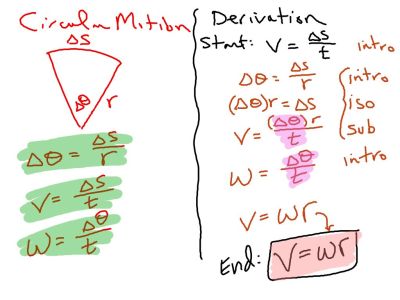 PhyFl16P1SS71 — KNOW THIS DERIVATION FOR THE TEST!

PhyFl16P1SS72 — Here is another derivation. 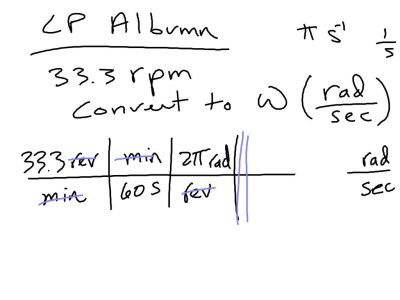 PhyFl16P1SS75 –How fast does a LP albumn turn in radians per second.

PhyFl16P1SS78 — This was an election we had in my 9th grade advisory. Hmmmm…. 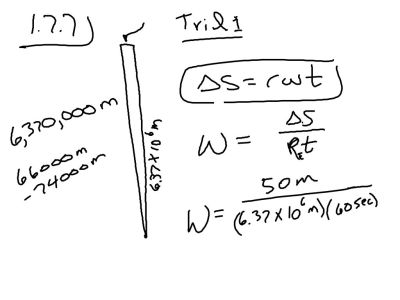 PhyFl16P1SS80 –We discussed a little bit about Neutron Stars 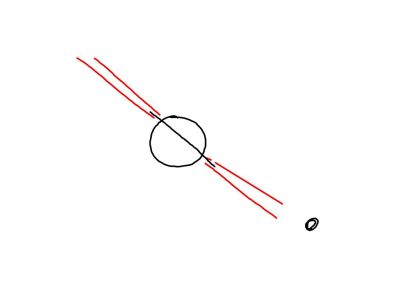 PhyFl16P1SS81 — Neutron Stars has the EM waves coming out of two spots on either side of the star. This makes it like a lighthouse in the universe.

PhyFl16P1SS83 — Jocelynn Bell in the mid 60’s. She was about to discocver a whole new type of star. 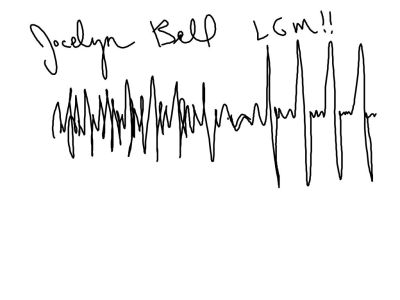 PhyFl16P1SS82 — me trying to give you an idea of the difference between white noise and the signal that Jocelynn Bell began to receive. The signals were further apart than what this screenshot shows (see next screenshot). 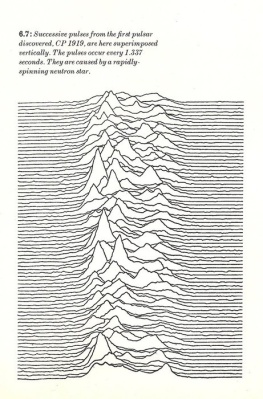 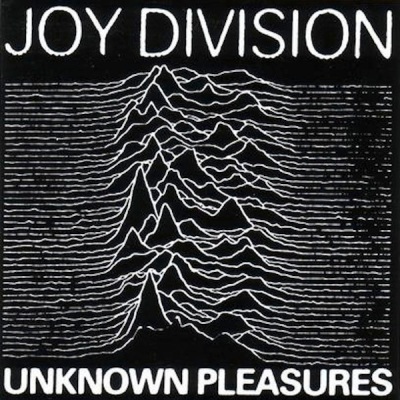 PhyFl16P1SS85 — Joy Division made this image famous. I always liked this image, but didn’t realize what it meant until a few years ago. WKellyann Conway is Trumps campaign managerhen I talk to people who are wearing this shirt 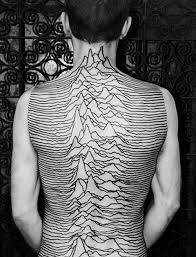 PhyFl16P1SS87 — This is a artists rendition of a Neutron Star. notice the EM waves are limited to two zones as the Neutron star spins.

PhyFl16P1SS89 — Neutron stars are more massive than our sun, but they have collapsed after the star has exploded in a supernova and are not very large . . . therefore, they are extremely dense (one teaspoonful would weigh a billion tons).

PhyFl16P1SS93 — my 5 displacements on my trippin runs on the west lawn.

PhyFl16P1SS96 — The data graphed from the Trippen Run

PhyFl16P1SS97 — Here is an example of a duet. The graph below is always the slope of the graph above. 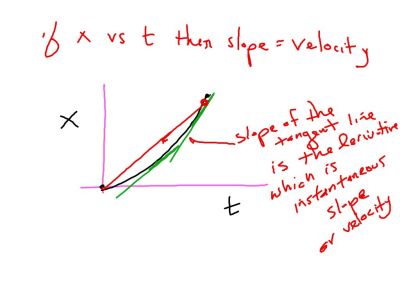 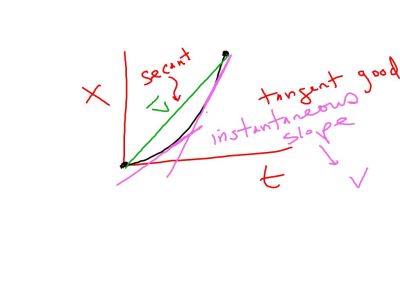 PhyFl16P1SS99 — Secant BAD, YOU FOUND IT!!–> https://vimeo.com/29988162 in Tangent GOOD! The slope of the secant is the average velocity (v bar), the tangent slope represents the instantaneous velocity of the object.

PhyFl16P1SS100 — Newton was the first one to see that this idea of average vs. instantaneous was a problem so what did he do about it? You guessed it. He invented Calculus. 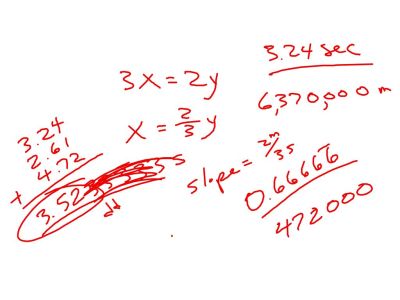 PhyFl16P1SS102 — We discussed the idea of significant figures a little bit. This will come up more in Packet 2 and 3, but for now, just make sure you have preferably three digits in your answers. 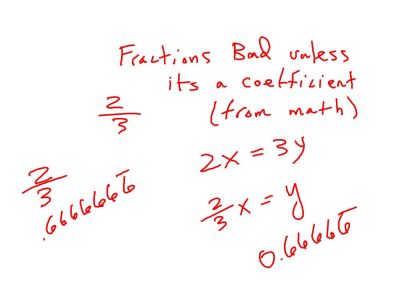 PhyFl16P1SS103 — Fractions are bad unless they are coefficients. Coefficients come from mathematical relationships and therefore don’t have units (or the units divided out). Constants are numbers in Physics that DO have units. They are measured quantities. SOme are even UNIVERSAL CONTANTS (like the speed of light or the Universal Gravitation constant or Plank’s constant. These are true anywhere in the universe you travel.

PhyFl16P1SS105 — This is an example of adding up three grades. The 80 is a test grade so it gets added three times. This is a weighted average that some teachers do. It is the same when we add up velocities of the trippin run. We did not spend as much time on each velocity so they are “weighted” differently. 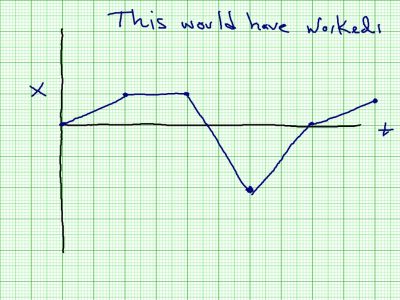 PhyFl16P1SS106 — If this was x vs.t then these velocities (slopes) COULD be added up as a simple mean because I spent the exact same amount of time going each velocity.

PhyFl16P1SS107 — In this case, the two red lines red lines represent an objects two velocities, but notice that you spent A HECK OF A LOT MORE TIME going one velocity than the other so when you add them up the average velocity is “weighted” towards the positive velocity. SOmetimes we say this is skewed away from the middle of the two velocities. 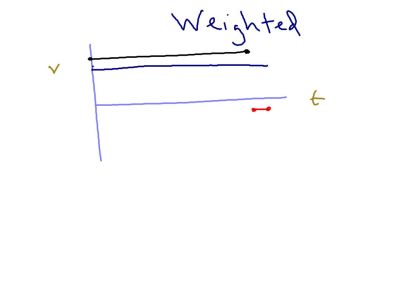 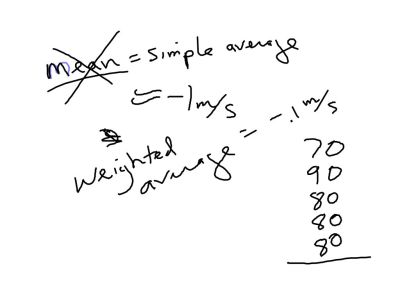 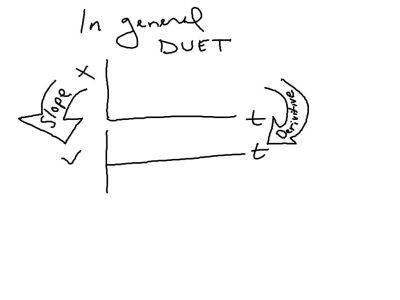 PhyFl16P1SS110 — As you go to the graph below you are taking the slope (or “derivative”) of the graph above. 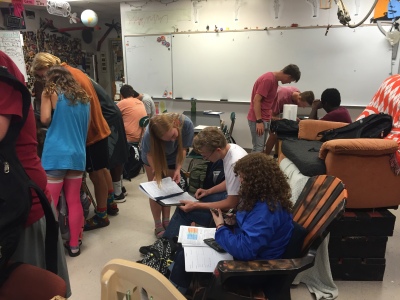 PhyFl16P1SS117 — Check this out. Look at how the students in 6th hour are helping other students before the THQ1B was handed in. ASSUMING that it is not just wholesale copying (which I don’t think it was), this is a very good thing. 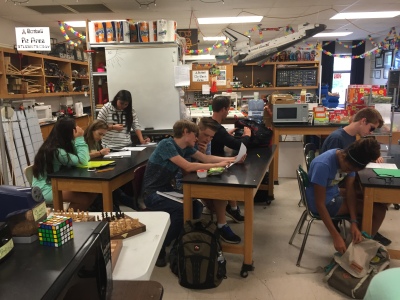 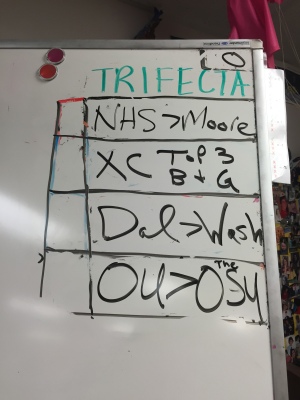