I WILL ADD CAPTIONS AND MORE PICS LATER TODAY 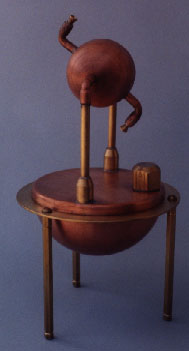 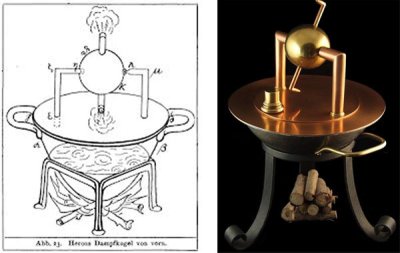 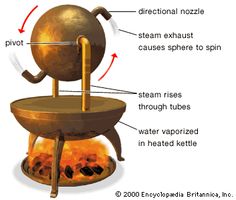 Here’s how it worked.

Circular world and linear world are bridged by the radius.

True in school. True at your work.

When we do pulleys, we’ll use the idea that the x axis is melted around the pulley 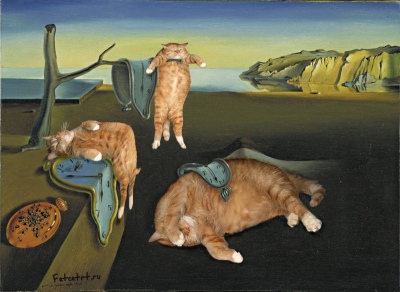 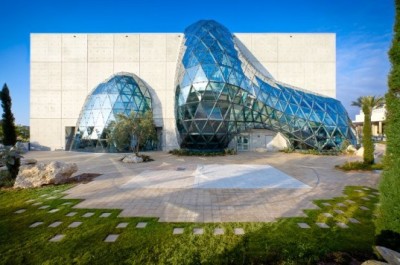 One of my favorite Dali painting 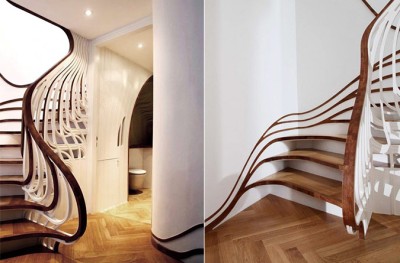 My absolute FAVORITE painting. Do you see the man in the Sombrero?

If it is a system of particles, you pick a direction of motion.

You’ve got to know the three laws and the correct order. Trust me. It’s important.

THis has been around a while, but just in case you have never seen it.

Cart and steel balls. As balls roll down the ramp it is still one system and the cart moves to maintain the system’s center of mass relative to the table. As each ball rolls off the back end, you now have a Thrust situation with the mass of the ball leaving the cart at a particular exit speed causing the cart to thrust forward similar to how a rocket works.

THis how we did it when I was in high school and college. 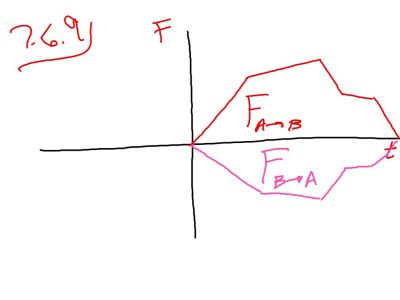 Teeter Totter Physics is an alternate way to work some Center of Mass problems. 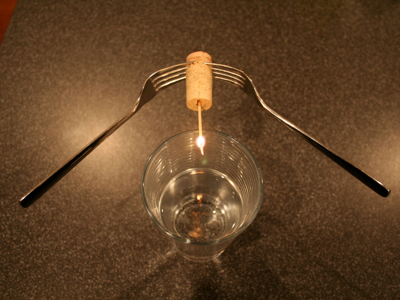 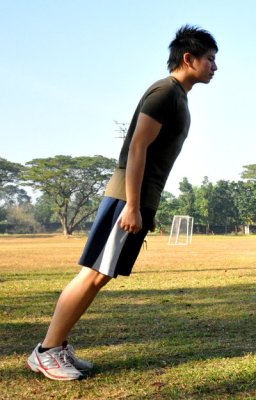 What’s up with his Center of Mass?

I have this bird.

Doing the trick to find center of mass. 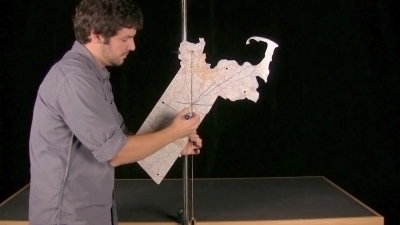 Finding the Center of Mass of Massachusetts

The formula on top is algebra based. The formula below is the same but Calculus based.

Gravity only acts on the center of mass of an object. Notice the C.M.’s path is parabolic.

The skater/Board system keeps the same center of mass eventhough he leaves the skate and then falls back on.

This one is interesting. Notice how the C.M. of the system remain in a parabolic path. The Motorcycle’s path is to the left of the parabola, the rider’s path is the the right. 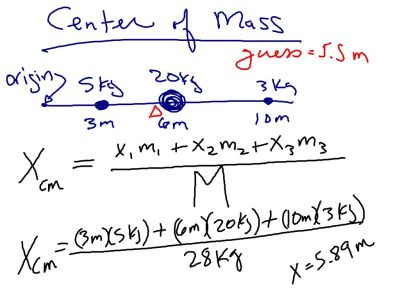 In Astronomy we call Center of Mass the Barycenter. 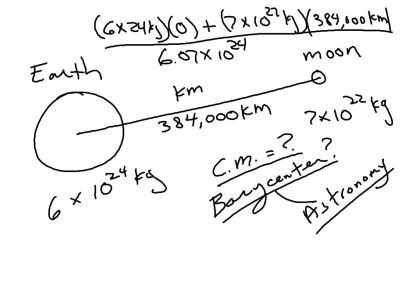 The Barycenter between the Earth and the moon. 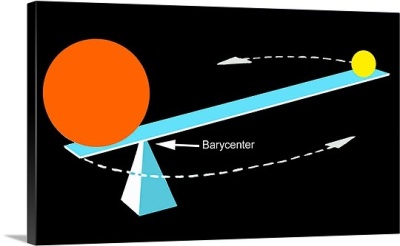 Remember, C.M. or Barycenter can be thought of as teeter totter physics.

The earth does not orbit the sun in an elliptical path . . . the Barycenter does. 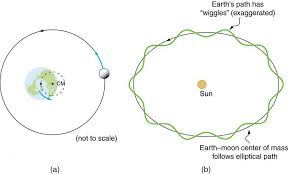 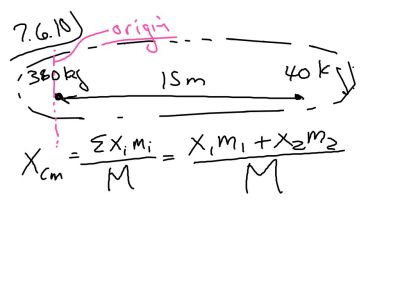 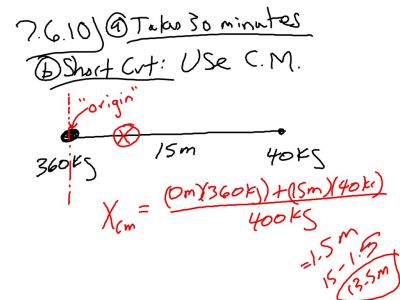 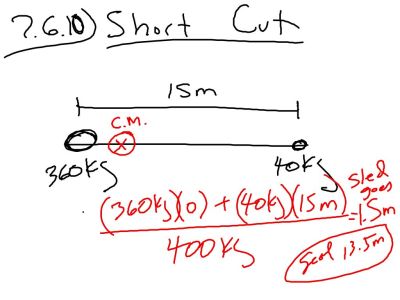 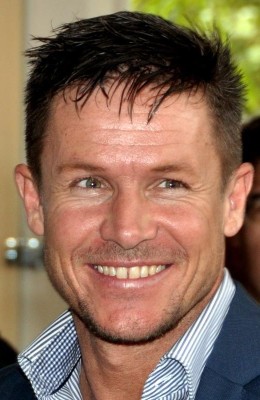 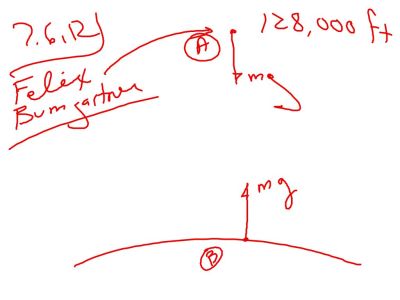 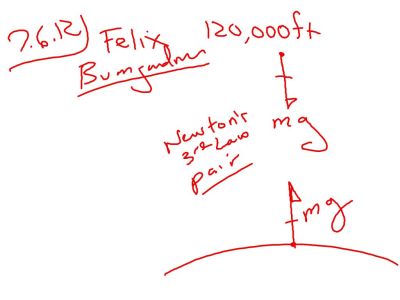 Equal and opposite forces. 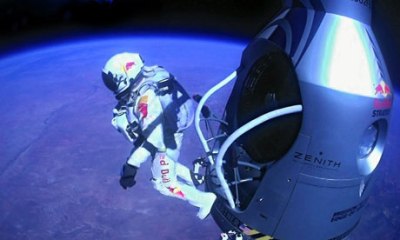 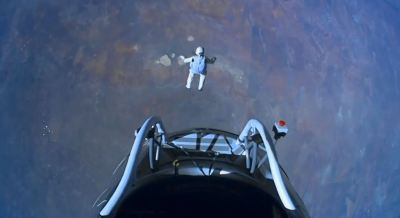 No wind up there. 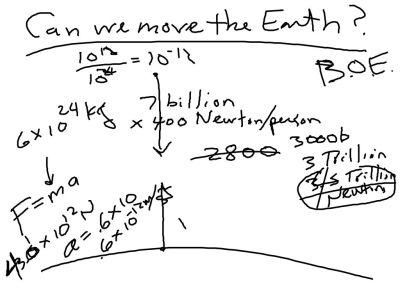 What is we all jumped from an airplane at the same time?

Turns out it would only ccelerate the earth at approximately 1 pm /s/s. 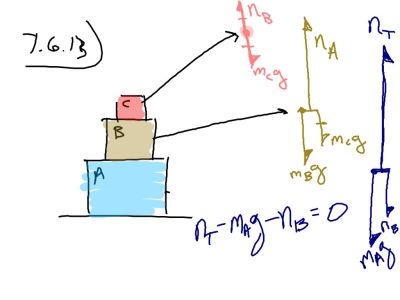 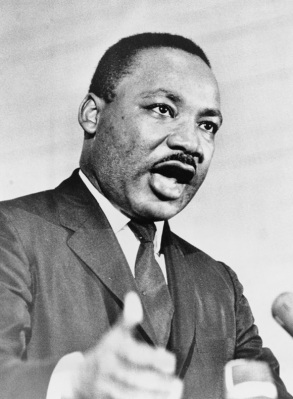 Martin has the SECRET to changing the world around us: “Our lives begin to end the day we become silent about things that matter.” Memorize this secret quote and use it to fight for justice . . . and rack in some sweet sweet bonus. 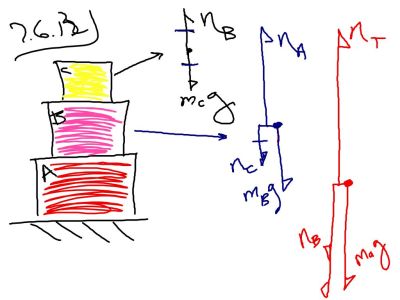 Box A has no idea box C is up there. 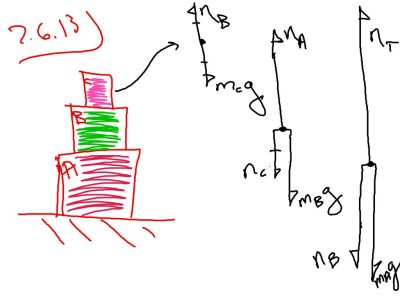 The little girl pulling the wagon at an angle. 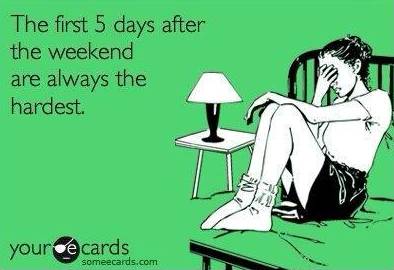 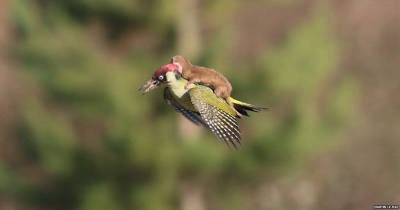 The end of humanity is near.